America’s Best-Selling Car for Years Running Has No Windshield! 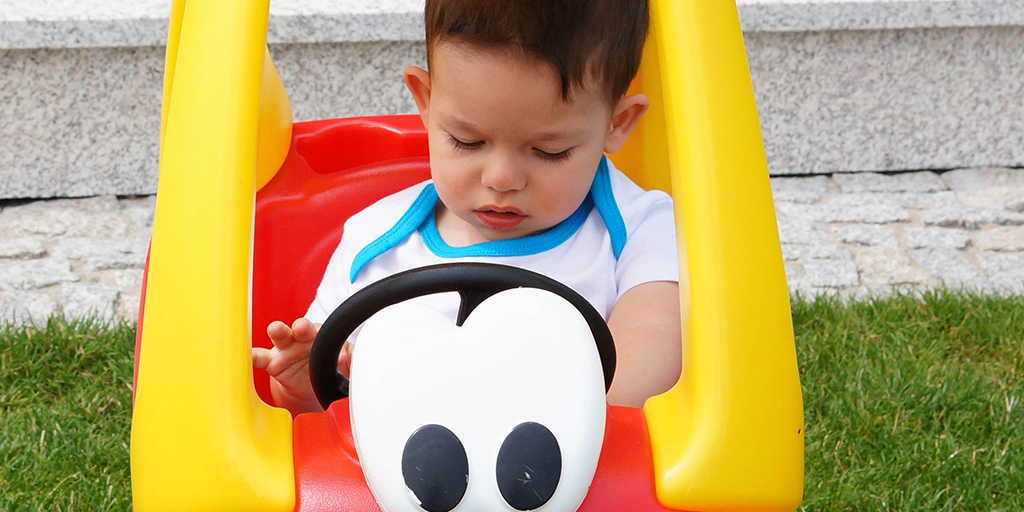 Last year ended with Honda’s CR-V topping the list of America’s best-selling utility vehicles, Ford’s Transit earning best commercial van and Toyota’s Sienna being named best minivan. But, there is one vehicle that has topped the charts for the past 37 years – with the most models sold since its first production.  And better yet, it was designed without a windshield!

A cross between a “Volkswagen Beetle and a Fred Flintstone Car,” this little baby has been outselling major car models since 1979.  Meet the Cozy Coupe, a tiny plastic car manufactured by big name toy company Little Tikes. They sell about half a million Cozy Coupes each year. Powered by little leg muscles, this red and yellow Coupe has overcome Gen Xers with acute nostalgia for their Pre-K days.

Upon its 30-year anniversary, Little Tikes revamped the iconic piece by adding a footboard, cup holders and googly eyes. They’ve come out with various models including a princess edition and pickup truck.  Recently, the Coupe craze has grown to suite not only toddlers, but also moms and dads as well. In 2013, Attitude Autos, a restoration and custom car shop in the UK, built a life-size model fit for the road.

Street legal, this real life Cozy Coupe took just a mere 16 weeks to be completed – from the time parts were purchased until the final polish.  With a 51 horse powered 3 cylinder engine, the car can reach up to 70 mph. And, unlike the Little Tikes model, the driver can take a passenger.

Get quote + schedule
However, there is one thing missing - a windshield!  Just like the original Little Tikes model, the life-size Coupe has just one door and no auto glass.  Without side windows or front and back windshields, the driver must take particular safety precautions, including wearing eye protection. Fingers crossed it doesn’t rain!

Unfortunately, this token is no longer on the market. Originally listed in an Ebay auction for $33,000, it was later taken off the market – after a week of fame – because no bidders were willing to meet the asking price. The brothers who built the car hoped to recoup some of the money that was invested into building it and last reported they were in conversation with individuals who had made practical bids. But, for drivers looking for a cheaper alternative, the Little Tikes Cozy Coupe model is always available for under $50.