Don’t mess with football season: that’s the message heard loud and clear in a new study sponsored by Safelite AutoGlass® in which more than half of football fans would skip an important event if it conflicted with the biggest game of the season. 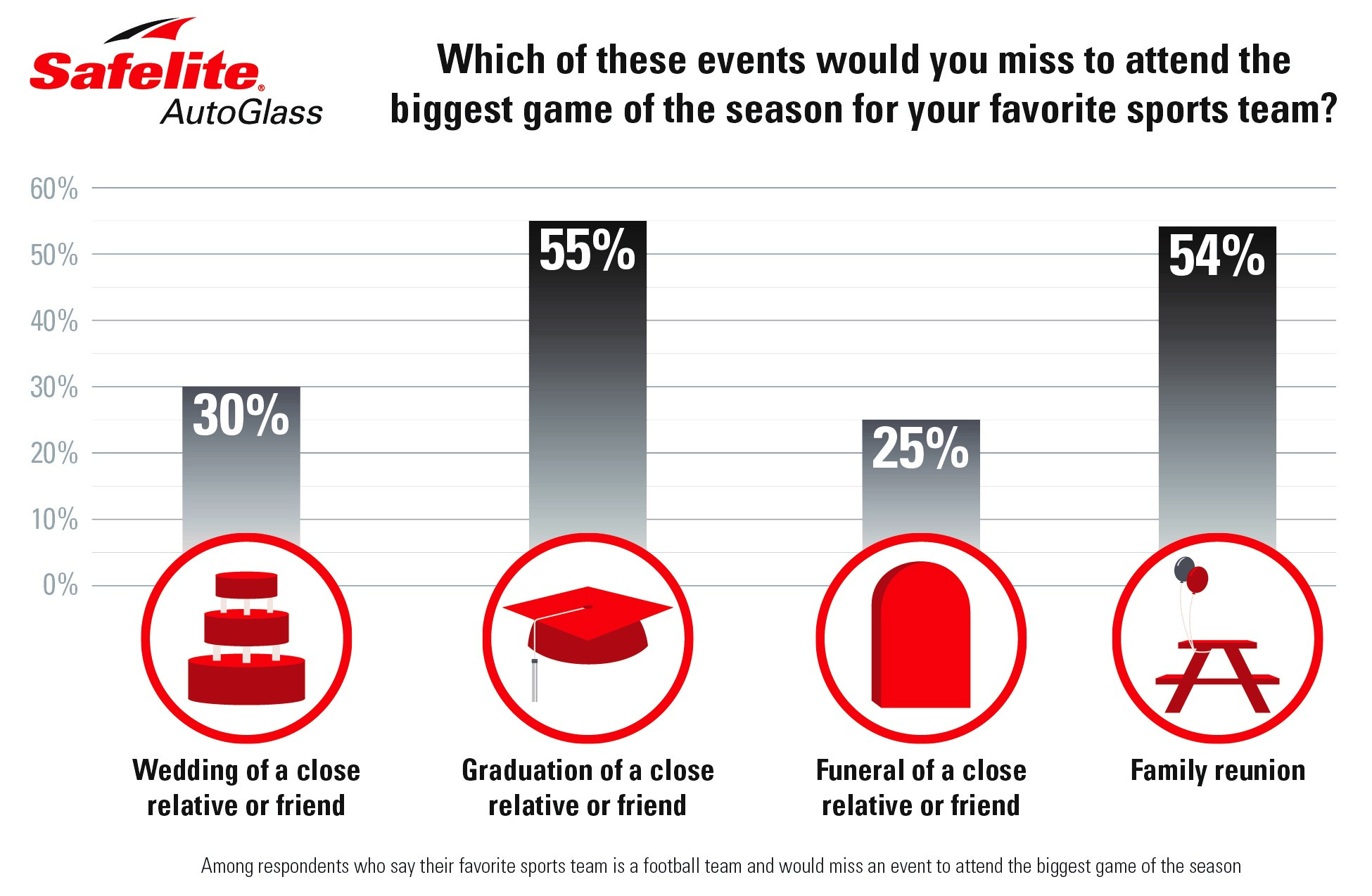 As a sponsor of various professional and collegiate teams around the country, Safelite AutoGlass understands that among sports fans, there are certain programs that “travel well.” They’re organized, they’re committed, and at away games, their fans often outnumber the home fans. But there’s also an art in travelling to and from home games as well. Tailgating requires careful planning, creative packing, and lots of honored traditions. Safelite’s #travelwell social media campaign brings to light the passion of fans both at home and on the road.

To understand just how far fans will go to support their teams, Safelite partnered with Kelton Research to poll more than 1,000 Americans. The study revealed 53% of football fans would miss at least one event to attend the biggest game of the season. Of those:

Football lovers are invited to tell us what’s the furthest you’ve driven to attend a game and what’s the biggest event you’ve skipped for a game using #travelwell at: