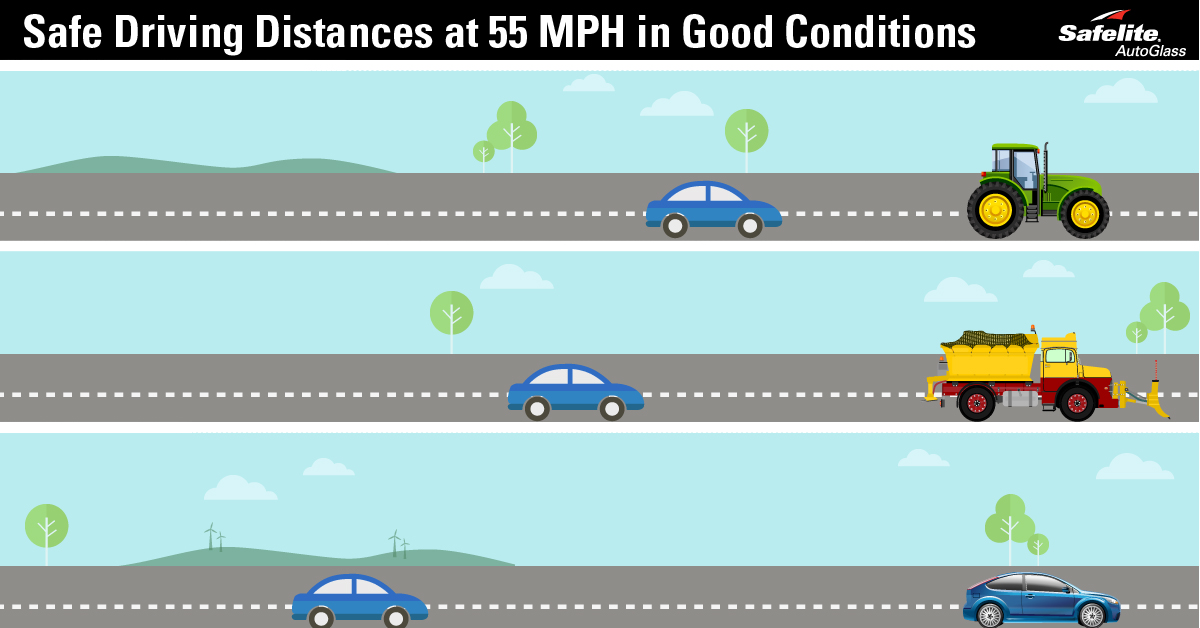 Do you tailgate (as in, follow too closely)? You may have driven too close to the vehicle in front of you at some point in time, especially if you drive an SUV or sports car. Studies have shown that family and economy cars tailgate less than sports cars and SUVs by a ratio of two to one.

In fact, the same study compared the amount of tailgating in various U.S. states and found that these five states exhibited the worst tailgating, finding it difficult to maintain a safe following distance:

The sad truth is that tailgating is dangerous and causes thousands of vehicle accidents every year, as well as numerous fatalities. By learning the safe following distances for various vehicles like snow plows, semi-trucks, emergency vehicles and the average car, you can better avoid tailgating and a potentially life-altering accident.

Take a look at the graphic below to learn proper following distances for vehicles traveling at 55 mph so you can drive safe. Share to spread the word! 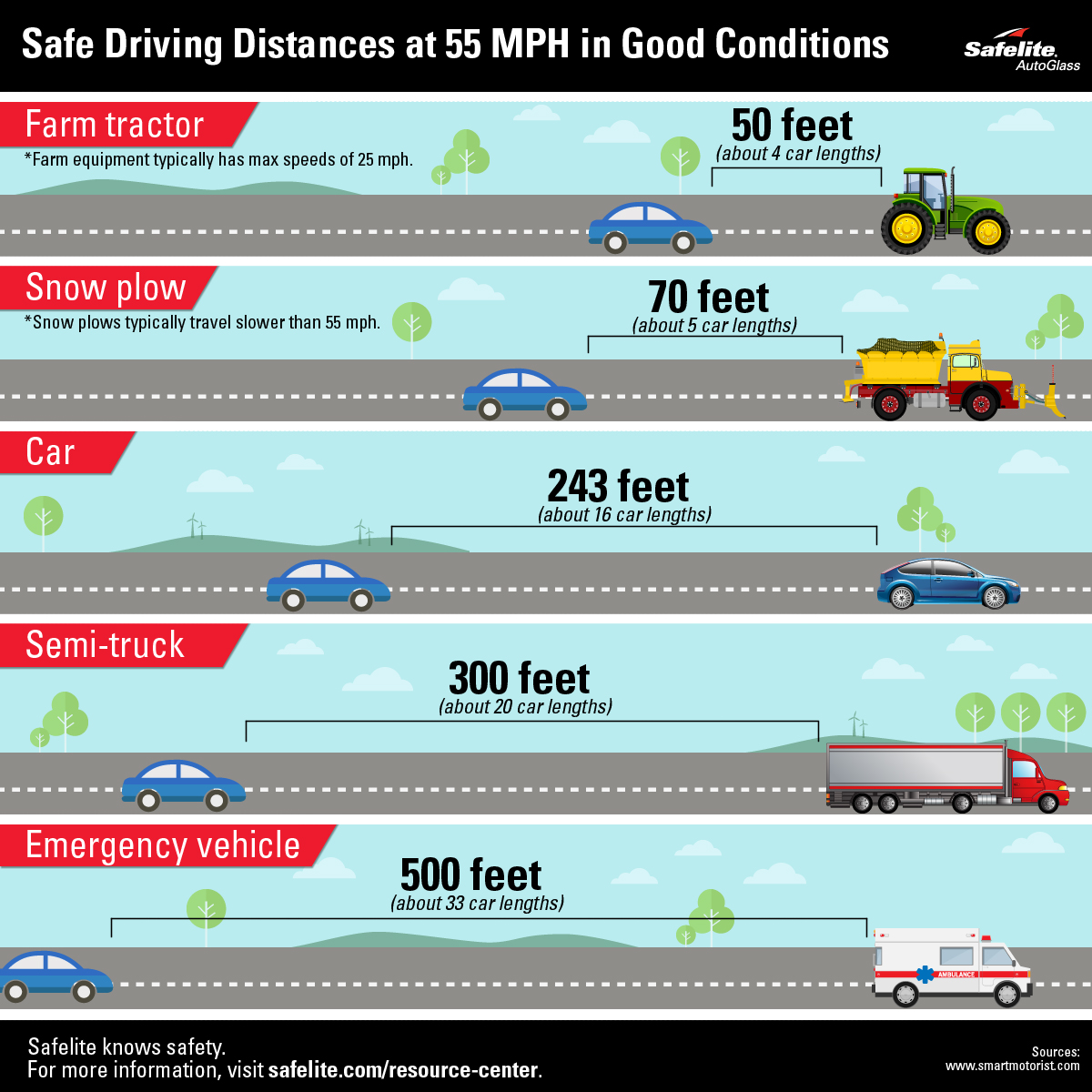 The rule of thumb is to maintain at least a three-second following distance, giving you time to react and avoid potentially dangerous situations. You can calculate this by using a fixed object, such as a pole or an overpass to determine how far in front of you the car is. When you’re driving in poor weather, it’s better to give yourself more space so you don’t wind up slamming on the brakes on a slick road. Here are some examples of safe driving distances:

Rear end collisions are the most common form of accidents, where one driver (or both) is not paying attention. Most occur when drivers do not have enough time to react safety to slowed or stopped traffic. Follow the three-second rule, and think about the car in front of you. You should use more space for a semi-truck than a car, and more space for a car than a plow. Avoid distractions on the road, and increase your following distance when need be. It’s always better to be safe when behind the wheel.