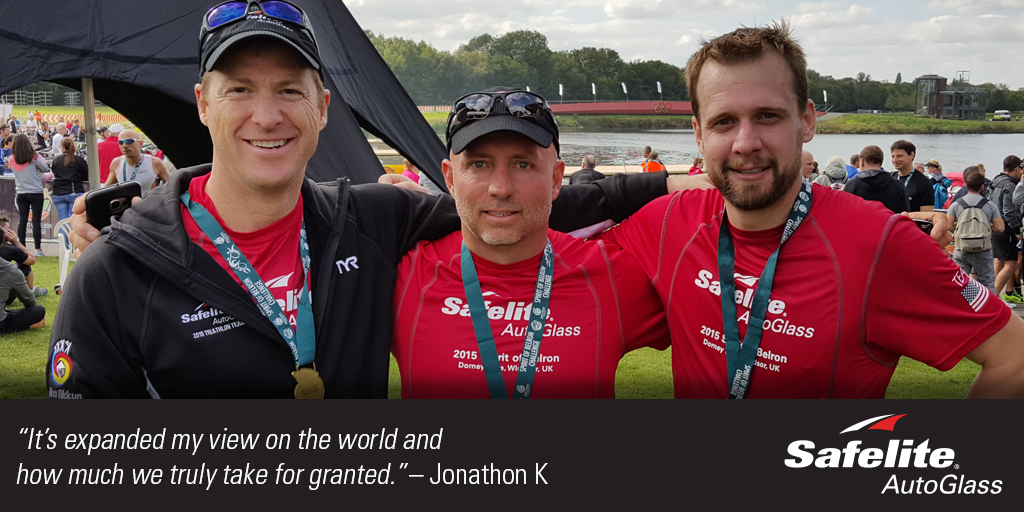 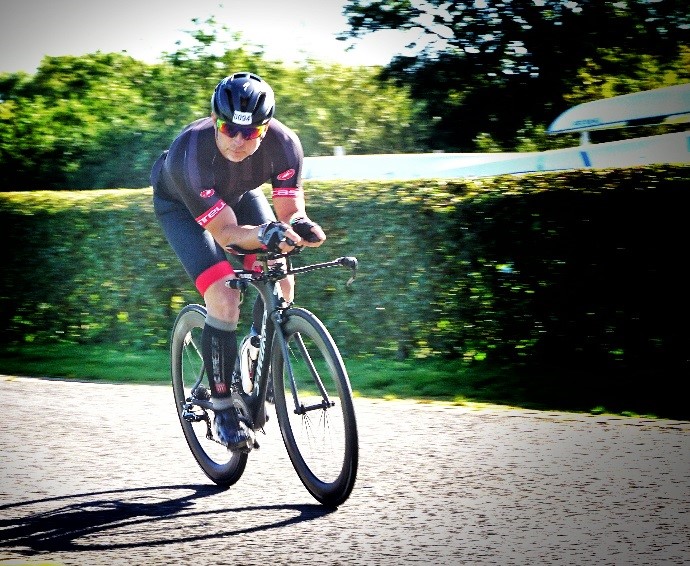 This Safelite AutoGlass technician has been the fastest cyclist in the Spirit of Belron Challenge for the past six years.

The Challenge fundraising event, hosted by Safelite’s parent company Belron, supports Afrika Tikkun, an organization with a dedicated vision of providing a sustainable future for children in South African townships.

Jonathon began with Safelite in 2009 in Boulder, Colo. His manager was aware of his passion for cycling and an email landed in his inbox with the information about a triathlon in England with Belron.

“When I’m not at work, I’m on my bike,” he said. “I’ve done many charity rides so the Challenge was a perfect opportunity for me.”

Jonathon’s team has won the Olympic Distanced Team Event each year since 2010, in both Safelite’s pre-qualifying race in Las Vegas as well as the Spirit of Belron in England.

“It’s the highlight of my whole year,” he said. “Helping these kids, giving them safe places to study, bicycles and forming a sustainable future for them is so important to me.”

Jonathon talked about his favorite memory from when young adults who’ve been supported by Afrika Tikkun attended Safelite’s pre-qualifying race.

“I rented a Camaro SS convertible and drove the kids around, who had never ridden in a convertible. We put the top down and cruised around. Seeing their reactions and their smiles was so amazing.”

The Spirit of Belron Challenge is an opportunity for associates to be active in training for a duathlon or triathlon, build team morale, challenge themselves, and fundraise for Afrika Tikkun.

“The training is tough and there’s always pain, but when you realize who and what you’re doing this for, it’s all worth it,” he said. “It’s expanded my view on the world and how much we truly take for granted in this country we live in.”

“The smiles on the kids’ faces when we present the check every year is so motivational,” he said. “It makes it all worth it.”